THE ROAD TO CRACO

Driving in Italy – What should YOU know?

Away from the Crowds – an Eco Tour by bike

‘It’s too complicated to be interesting.’

I am guilty of over-thinking things and writing a BIO is going to be one of those. So, I may just bullet point my life and if you want to know anything else, well you can always email me 🙂 but honestly it is not that interesting! I have included myself only and spared my family an online Bio.

More importantly, in this blog, I will share with you my adventures, life events, oddities or whatever I think could be of interest, and I am not holding back!

See, I told you it wasn’t interesting.

‘Writing is the best way to crystallise and integrate thoughts.’ 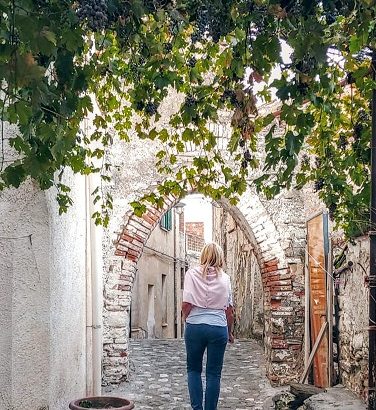 ‘Writing is the best way to crystallise and integrate thoughts.’
Colleen Boot

Driving in Italy – What should YOU know?

THE ROAD TO CRACO

Away from the Crowds – an Eco Tour by bike